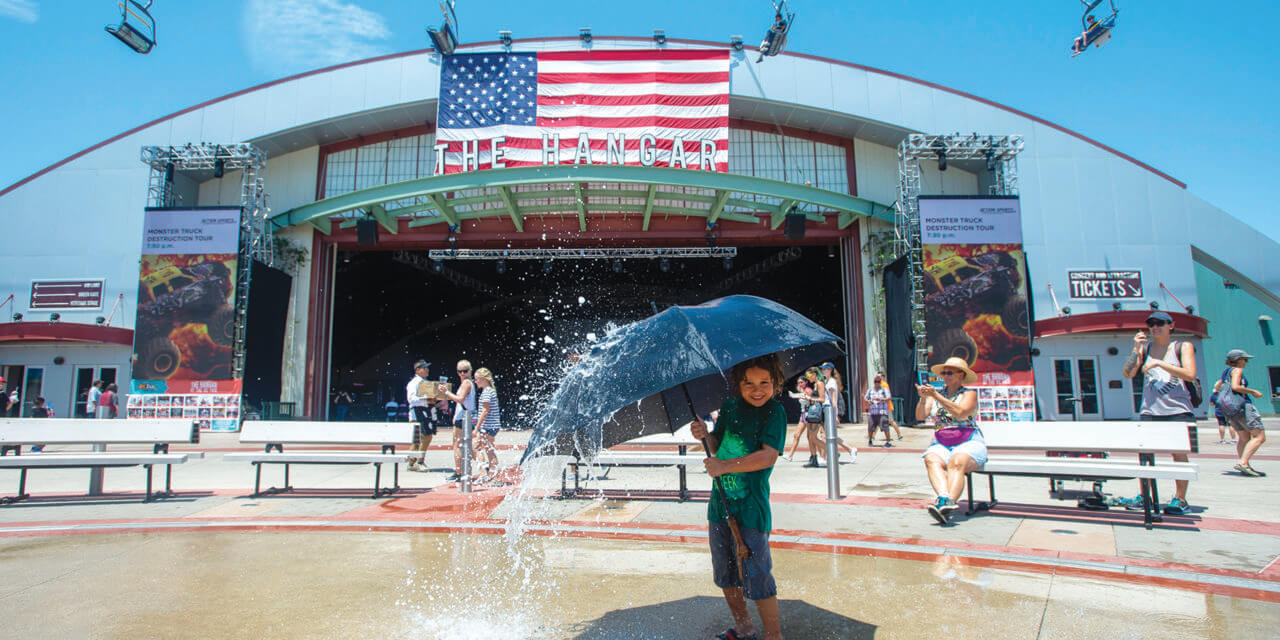 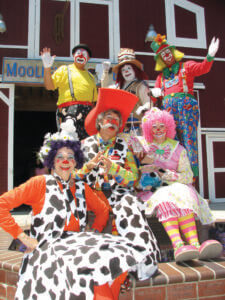 Shortly after Orange County was founded in 1889, the Orange County Community Fair Corporation was formed. This group put on a small fair in 1890 that included a horse race and a few exhibits in Santa Ana. In 1894, another group, the Orange County Fair Association, Inc., took over.
The first Orange County Fairs were primarily livestock exhibitions and horse races. At the turn of the century, a “carnival of products” was added and the Fair became an annual event. The Fair was held in Santa Ana until after World War I when it was moved to Huntington Beach for two years and then back to temporary grounds on East Fruit Street in Santa Ana.
In 1916, the Fair was taken over by the newly organized Orange County Farm Bureau. The first OC Fair Board was elected in 1925 and the Fair relocated to Anaheim, across the street from the Orange County Hospital. In 1925, a rodeo and carnival were added to the Fair.
After World War II, the state formed the 32nd District Agricultural Association and made it responsible for the Fair. The state then purchased land occupied by the Santa Ana Army Air Base and some of it was earmarked for a new fairground. The Fair was first held at the new site in 1949 and it soon was designated as the permanent Fairgrounds. In 1953, the City of Costa Mesa was incorporated, and the fairgrounds became part of the new city.
The OC Fair has grown from a small, five-day celebration to a 23-day festival that is one of Orange County’s most eagerly awaited annual events.
Our mission: Celebrating Orange County’s communities, interests, agriculture and heritage.
WEEKENDS Best Deal Ever!
Half-price general admission ($7) from 11 a.m. to 1 p.m. on Saturday & Sunday
Sundays only: $35 Unlimited Ride Wristband available – ride until 4 p.m., sold until 1 p.m. Includes 1 ride on the Titan; all other rides are unlimited. 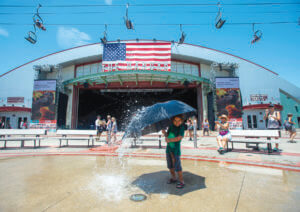 FREE Off-Site Parking (Saturday & Sunday)
Free parking and shuttle service is available on Saturdays and Sundays from the Experian parking structure located off the Bristol Street exit of the 405 Freeway. Follow the signs to “Experian.” The shuttle operates from 10 a.m. to 1 a.m. Saturday & Sunday only.
OC Fair Express Bus Service
Buses depart from nine locations on Saturdays and Sundays from July 13 to Aug. 11 and run from approximately 10 a.m. to midnight.
If riding Metrolink, you can connect to the OC Fair Express at the Anaheim Canyon, Santa Ana, Irvine or Anaheim-ARTIC Metrolink stations. Simply show your valid Metrolink ticket and ride the bus for free.
OC Fair Express costs $4 roundtrip, or $1.50 for seniors 60+ and persons with disabilities. When you ride the OC Fair Express, you will receive a coupon for $4 OC Fair admission – that’s a $10 savings!
Support of OC Fair & Event Center provides year-round educational opportunities and helps fund community give-back programs.
88 Fair Drive – Costa Mesa, CA 92626. ocfinfo@ocfair.com
(714) 708-1500

This legal notice expires, and will be moved to the archive, on Sunday August 11th, 2019.