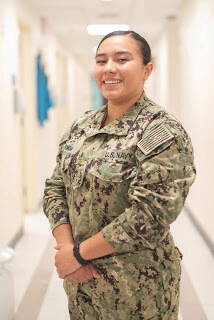 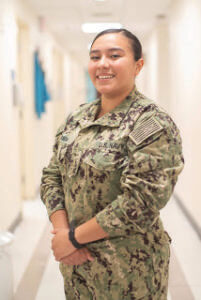 NAVAL SUPPORT ACTIVITY BAHRAIN – Hospitalman Monica Carmona, a Mission Viejo, California, native, joined the Navy to pursue a college education and to travel the world.
Now, three years later and half a world away at Naval Support Activity (NSA) Bahrain, Carmona serves as the leading-edge of the Navy the Nation Needs.
“We are such a small island, we have a difficult time getting the resources we need,” said Carmona. “It can be an interesting dynamic, but we always provide the best care possible.”
Carmona, a 2016 graduate of Laguna Hills High School, is a hospitalman at NSA Bahrain, forward-deployed to the Arabian Gulf region in the Navy’s U.S. 5th Fleet.
“As a hospitalman, I am responsible for ensuring everyone is medically ready and taken care of,” said Carmona.
Carmona credits success in Bahrain, and in the Navy, to many of the lessons learned in Mission Viejo.
“I learned to rise early and work hard because nothing is given free,” said Carmona. “This is an important lesson because there are some long days and we have to remember that the mission comes first.”
U.S. 5th Fleet directs naval operations to ensure maritime security and stability in the Central Region, which connects the Mediterranean Sea and Pacific Ocean through the western Indian Ocean. They work with partner nations to ensure freedom of navigation and the free flow of commerce in international waterways.
NSA Bahrain enables the forward operations and responsiveness of U.S. 5th Fleet and allied forces in support of Navy Region Europe, Africa and Southwest Asia’s mission to provide services to the fleet, warfighter and family.
“My job is important because we effect every individual on base,” said Carmona. “It is our job to ensure they are mission ready at all times.”
The Navy’s U.S. 5th Fleet area of operations encompasses about 2.5 million square miles of ocean, and includes the Arabian Gulf, Gulf of Oman, Red Sea and parts of the Indian Ocean. This expanse, comprised of 20 countries, includes three critical choke points; the Strait of Hormuz, the Suez Canal and the Strait of Bab al Mandeb at the southern tip of Yemen.
“I really enjoy the culture here in Bahrain,” said Carmona. “It was interesting to experience Ramadan firsthand, even if though I don’t practice the religion.”
Serving in the Navy means Carmona is part of a world that is taking on new importance in America’s focus on rebuilding military readiness, strengthening alliances and reforming business practices in support of the National Defense Strategy.
A key element of the Navy the nation needs is tied to the fact that America is a maritime nation, and that the nation’s prosperity is tied to the ability to operate freely on the world’s oceans. More than 70 percent of the Earth’s surface is covered by water; 80 percent of the world’s population lives close to a coast; and 90 percent of all global trade by volume travels by sea.
“Our priorities center on people, capabilities and processes, and will be achieved by our focus on speed, value, results and partnerships,” said Secretary of the Navy Richard V. Spencer. “Readiness, lethality and modernization are the requirements driving these priorities.”
Though there are many ways for sailors to earn distinction in their command, community, and career, Carmona is most proud of becoming a victim’s advocate.
“As hospitalmen, our job is to take care of the people around us,” said Carmona. “Being an advocate allows me to be a resource for those in need.”
As a member of one of the U.S. Navy’s most relied upon assets, Carmona and other sailors know they are part of a legacy that will last beyond their lifetimes contributing the Navy the nation needs.
“Being in the Navy means I am a part of something greater than myself,” said Carmona. 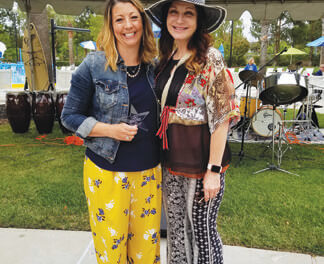 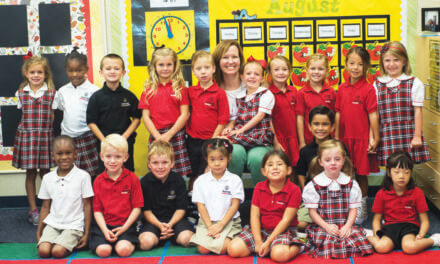 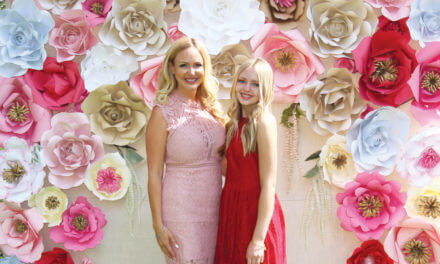